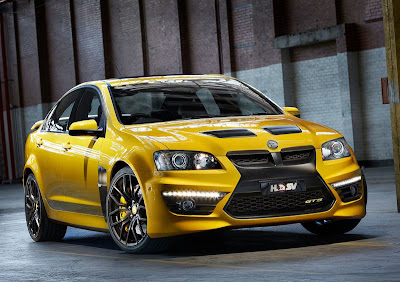 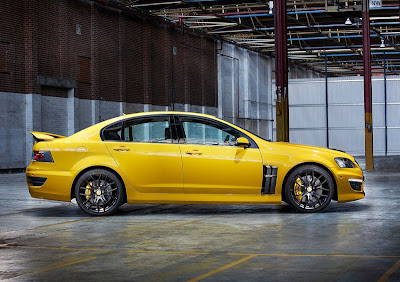 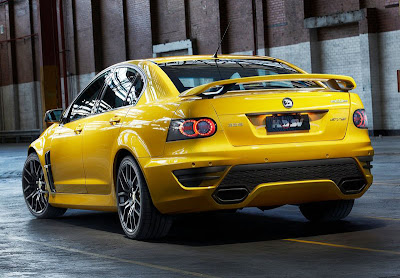 The new limited edition comes hot on the heels of the range realignment HSV launched in August, which saw the re-introduction of the ClubSport and Maloo nameplates to its line-up.

Building on an already impressive list of standard features, including a 325kW, 6.2 litre V8 engine, the HSV 25th Anniversary GTS features a number of styling, performance and technology upgrades.

The story starts with the addition of an all-new, light-weight, 20" forged alloy wheel finished in Satin Graphite. This forged wheel delivers a weight saving in excess of 22kg over the standard GTS wheel set, reducing unsprung weight by an impressive 8%. "Vector" hood scoops and side vents, also finished in distinctive Satin Graphite, combine with the forged alloys to deliver menacing street appeal.

From a performance perspective, HSV has added six-piston brakes which, with a 50% increase in pad area, deliver optimum braking performance, while technology gets a boost with the addition of HSV's Side Blind Zone Alert, which helps alert the driver to objects adjacent to the vehicle.

"Twenty-five years is an important milestone in the HSV journey. We believe this 25th anniversary GTS truly embodies all that HSV stands for - race-bred performance, design and technology at a price that represents outstanding value", said HSV's General Manager - Sales, Darren Bowler.

The vehicle  be first shown at the 2012 Australian International Motor Show in Sydney on October 18 and stock  available in dealerships from that day.