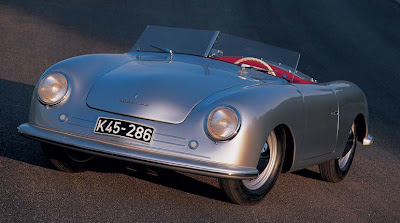 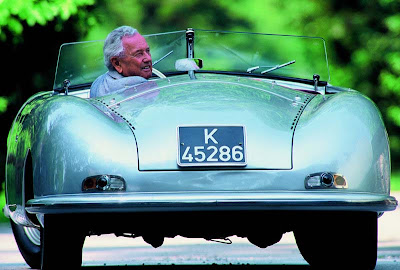 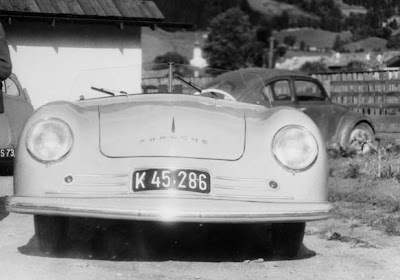 In spring 1947 Ferry Porsche first expressed his idea to build a sports car using Volkswagen components which, initially code-named the "VW-Sports", received the construction number 356. The vision of the Porsche Junior Director was to "build the kind of sports car I liked myself". Ferry Porsche's engineers, at any rate, were fascinated by the idea of building such a sports car, completing a road-going chassis in February 1948 destined to take up a roadster body made of aluminium. The flat-four power unit, together with the gearbox, suspension, springs and steering, all came from Volkswagen. Weighing just 585 kg or 1,290 lb, this 35-bhp mid-engined roadster had a top speed of 135 km/h or 84 mph. On 8 June 1948 this very first Porsche mid-engine sports car proudly bearing the chassis number 356-001 received official homologation from the authorities through an individual permit granted by the State Government of Carinthia.

Production of the first "regular" Porsche Type 356/2 coupés and cabriolets started in Gmünd in the second half of 1948 - and like Porsche 356 No 1, Type 356/2 also featured an aluminium body designed and constructed by Erwin Komenda, the Director of Body Development at Porsche. But unlike the No 1 mid-engine prototype, the horizontally-opposed power unit in Type 356/2 was fitted at the back in order to provide luggage space behind the front seats. When an investor in Zurich, Rupprecht von Senger, advanced money for a small production series and received a contract as the importer for Switzerland in return, Porsche once again had access to the VW parts and body panels the company needed so urgently.

The contract Ferry Porsche concluded with the Managing Director of Volkswagenwerk on 17 September 1948 on the supply of VW parts and the use of VW's distribution network clearly shows that Ferry Porsche was not only an outstanding engineer, but also a far-sighted businessman and entrepreneur: Ferry Porsche and Nordhoff agreed that VW was to pay a licence fee to Porsche for every Beetle built, since, after all, the car had been developed by Porsche before the war. The second important decision was the foundation of Porsche-Salzburg Ges.m.b.H. as a central office for the management of Volkswagen imports, sales and customer service in Austria. These agreements with Volkswagenwerk, already a major manufacturer at the time, gave Porsche the security the young company needed, particularly in financial terms. And it set the foundation for the ongoing development of Porsche KG as a manufacturer of sports cars.
Posted by classic automotives at 4:39 AM 0 comments

Email ThisBlogThis!Share to TwitterShare to FacebookShare to Pinterest
Labels: 1948, Porsche

The Lincoln MK9 was a Lincoln concept car first showcased in 2004. The vehicle hinted at a future comeback of a Lincoln Personal luxury car. The MK9 was a follow-on vehicle from the 2003 Lincoln Navicross concept, with similar styling cues.

The MK9 kicked off Lincoln's new naming convention of using letter and number combinations while hinting at a continuation of the Lincoln Mark series.
The Concept car features Lincoln's hallmark waterfall grille with the Lincoln diamond at its center. Two chrome accents on top of the vehicle's left and right shoulder run the entire length of the car. Chrome accented air vents are located near the doors on the front fenders.

The interior is flushed with lacquered wood and leather. Dark Cherry wood is used for the floor, while white leather is used for the headliner. The seats are models after the "Eames Lounge Chair" from the 1950's and are trimmed in red leather.
Posted by classic automotives at 4:32 AM 0 comments

Email ThisBlogThis!Share to TwitterShare to FacebookShare to Pinterest
Labels: 2001, Lincoln 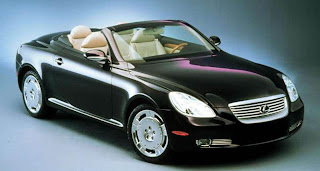 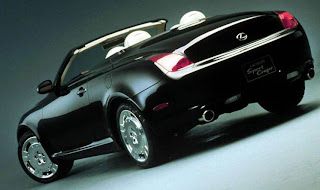 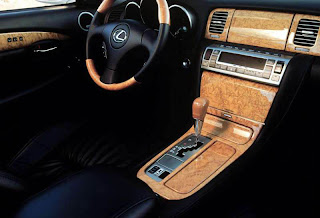