The BMW 328 was a sports car made by BMW between 1936 and 1940, designed by Fritz Fiedler. It featured many advanced features for its time such as a tubular space frame and a hemispherical combustion chamber engine. It was much praised at the time for its performance and handling. The car won many races including the prestigious Mille Miglia — a class win in 1938 and the outright winner (with a streamlined body) in 1940. It also won the RAC Rally in 1939 and came in fifth overall (first in its class) in the 1939 Le Mans 24 hours.

After WW2, one of the Mille Miglia 328s (disguised as a Frazer Nash) and BMW's technical plans for the car were taken from the bombed BMW factory by English representatives from the Bristol Aeroplane Company and Frazer Nash companies. Fiedler, the BMW engineer, was persuaded to come too. Bristol Cars was set up to build complete cars, called Bristols, and would also supply engines to Frazer Nash for all their post-war cars. The first Bristol car, the 400, was heavily based on the BMW plans. This Bristol engine was also a common option in AC cars, before the Cobra.

Email ThisBlogThis!Share to TwitterShare to FacebookShare to Pinterest
Labels: 1939, BMW 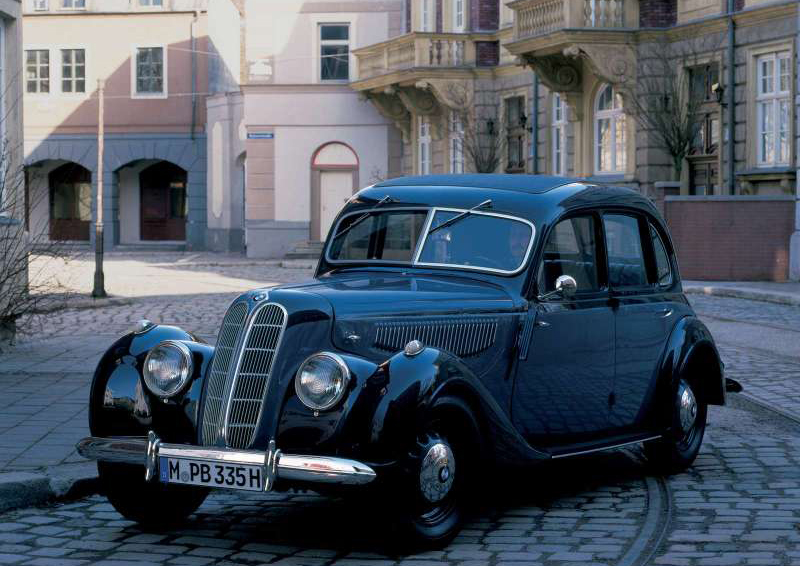 Email ThisBlogThis!Share to TwitterShare to FacebookShare to Pinterest
Labels: 1939, BMW 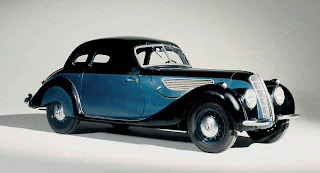 Email ThisBlogThis!Share to TwitterShare to FacebookShare to Pinterest
Labels: 1937, BMW 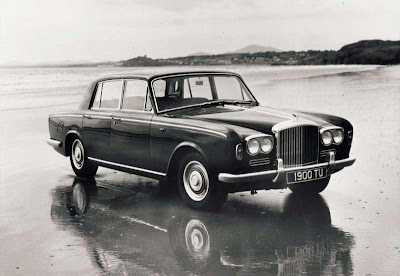 The Bentley T-Series was even more rarely built than the Rolls Royce Silver Shadow. The Bentley being technically an identical twin of the Rolls Royce seems to have been bought mostly by owners wishing a little more understatement. The formerly more sportive image of Bentley motor cars differing from Rolls Royces was gone by the time the Silver Shadow/Bentley T was introduced and thus couldn't motivate buyers any more. The outward appearance of a Bentley T is slightly more dynamic because the bonnet design is a few centimeters lower and the radiator shell shape with its rounded edges is smoother.

Email ThisBlogThis!Share to TwitterShare to FacebookShare to Pinterest
Labels: 1966, Bentley

The Audi Quattro was a famous and historically significant Audi road and Rally car. It was special in that it was the first AWD Grand Tourer since 1966's Jensen FF. Officially, the model name is simply "Quattro", always with a capital "Q" (although the graphics on the car, confusingly, refer to the AWD system and use a lowercase "q"). The word "quattro" with the lowercase "q" is used to refer to either the Audi AWD system, or any AWD version of an Audi automobile. To avoid confusion, it is also commonly referred to as the Ur-Quattro (the "Ur-" prefix is a German augmentative used, in this case, to mean "original" and is also applied to the first generation of Audi's S4 and S6 sport sedans, as in "UrS4" and "UrS6").

European Distribution
Audi released the original Quattro in 1980, making it both the first car to feature Audi's quattro All Wheel Drive system (hence its name) and the first to mate quattro with a turbocharged engine. The powerplant was a 2.1 L, single overhead cam, 10 valve straight-5 originally making 160 hp (149 kW) and eventually receiving upgrades to 200 hp and then to a twin-cam setup producing 220 hp (164 kW). It is considered one of the most significant rally cars of all time, and was one of the first to take advantage of the then-recently changed rules which allowed the use of all-wheel-drive in competition racing. Many critics doubted the viability of all-wheel-drive racers, thinking them to be too heavy and complex, yet the Quattro was an instant success, winning its first rally on its first outing. It won competition after competition for the next two years.

Total road car production is around 11,000 vehicles over the period 1980-1991. The body style received very little modification during its production run, the only significant changes were made for the 1985 model year, which included a new sloping front grill, headlights, trim and badging changes. All Quattros were hand built in Germany by a dedicated crew.

North American Distribution
Sales of the Quattro in North America began with the 1983 model year and continued through 1986. Total sales in the USA was 664 units.

Other information
The Quattro is also famous for being a career highlight of one of the pre-eminent women in rally racing, Michèle Mouton.
Posted by classic automotives at 3:07 AM 0 comments