The Hummer H1 is a civilian vehicle based on the High Mobility Multipurpose Wheeled Vehicle (HMMWV), popularly known as the Humvee, which was created by AM General.

History
Originally released in the civilian market in 1992, the Hummer H1 owes its birth to the popularity of photos from Operation Desert Storm and the enthusiastic campaign from actor Arnold Schwarzenegger, who personally owns several variants of Hummer vehicles. GM announced that 2006 would be the last model year for the Hummer H1 with production winding down in June 2006, due to a new emission laws for Diesel engine vehicles which take effect in 2007. No version of the Hummer H1 ever produced would meet these new standards. AM General currently has orders for an excess of 50,000 new HMMWVs to be produced between 2006-2009 for the United States Military. AM General also will continue to produce the H1, just not the Alpha. These vehicles will be sold through Fleet sales. The next H1 will most-likely bear a refined version of the prior 6.5L Turbo Diesel engine, but that has not been confirmed. Selling the H1's through fleet sales will allow the AM General to not be subjected to the new emission rules and regulations. AM General has sufficient fleet orders to produce 600-800 units per year right now.

Specifications
The Hummer H1 has three common variants: a convertible-like soft top, a four-door hard top pickup truck and a Wagon body version. Other less known variants include a two-door pickup truck and a four-door slantback. At this time, the convertible/soft top and the station wagon versions are the only ones available in the mass market. The two door and four door pickup versions are only available in fleet livery.

The Hummer H1 shares some common driveline parts with its HMMWV brethren. Items like brakes, differentials, frame and major body panels (hood, tailgate and quarter panels) are identical between the HMMWV and the Hummer H1. All Hummer H1s and HMMWVs come off the same first stage assembly line, and then are separated midway to either become a military HMMWV or a civilian H1.

Hummer H1s are unique in the way they handle off road. They are inherently very stable, thanks to their wide stance. They also can ford 30 inches (76 cm) of water, climb a 22-inch (56 cm) step, have a stock ground clearance of 16 inches (41 cm) (thanks to its design of tucking driveline components inside a channel, which subsequently intrudes into the cabin space of the vehicle), have approach/departure angles of 72/37.5 degrees and most H1s are equipped with Central Tire Inflation System (CTIS), which enables the driver to increase or decrease the tire air pressure at will.

Hummer H1s have many unusual features. They use inboard brakes. They have geared hubs, allowing the drivetrain's half shafts to be up high for greater clearance. The radiator is up high, sloping back over the engine. Rather than using simple runflat tires, aluminum or rubber inserts are an optional feature for runflat ability. A central tire inflation system is available as an option. Chemical warfare resistant paint is available only on the military version.
Posted by classic automotives at 4:38 AM 0 comments

Email ThisBlogThis!Share to TwitterShare to FacebookShare to Pinterest
Labels: 2003, Hummer 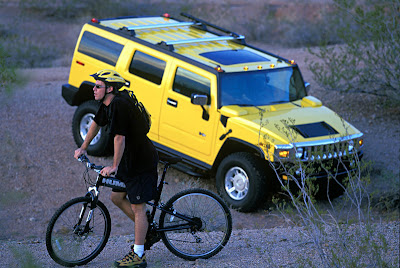 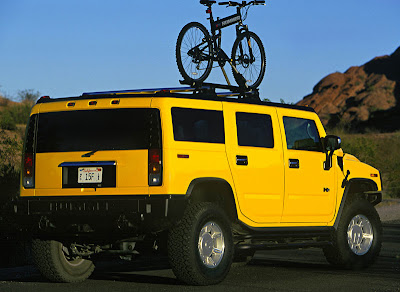 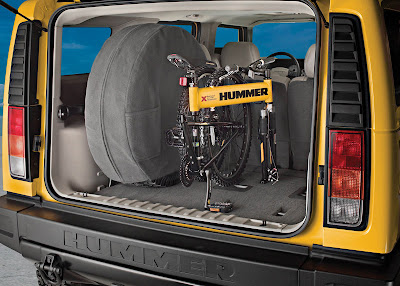 Email ThisBlogThis!Share to TwitterShare to FacebookShare to Pinterest
Labels: 2003, Hummer

The Mercedes-Benz Type 300 (chassis codes W186, W188, and W189) were the company's largest and most-prestigious models throughout the 1950s. Analogous to today's S-Class, the Type 300 cars were elegant, powerful, exclusive, and expensive. This series was also often called the Adenauer after Konrad Adenauer, Chancellor of Germany at the time. Adenauer used six of these cars during his time as Chancellor.

The majority of the company's sales at this time were in the less-expensive Ponton series. Both the Type 300 and Ponton series were replaced by the "Heckflosse" cars of the early 1960s.

W186
The "W186" Type 300 was essentially a pre-war chassis with a more-modern body. A modern 3 L (2996 cc/182 in³) straight-6 engine was used, however. Introduced in 1951, the Type 300 was available as a sedan or cabriolet, both with four doors and seating for six. One innovative feature was a rear load-levelling suspension, operated by a switch on the dashboard.

The Type 300 featured many luxury features. A Becker radio, VHF mobile telephone, and dictation machine were geared to the business man or politician. Adenauer's cars had a writing desk, sirens, curtains, a dividing partition, and other such features.

1954 saw power brakes introduced with the Type 300 b. A larger rear window was added in September, 1955 on the Type 300 c. This car was priced at $10,864 in the United States, with the convertible commanding a pricy $14,231. The c also featured a swing axle rear independent suspension.

7.8:1 compression and triple Solex carburettors raised engine output to 150 hp (112 kW) at 5000 rpm.
1955 saw the substitution of Mercedes-Benz's "low-pivot" independent suspension in the rear, and the addition of fuel injection in the Type 300 Sc. Visually, a pair of chrome strips on either side of the hood denotes this "Sc" model.
Posted by classic automotives at 4:23 AM 0 comments