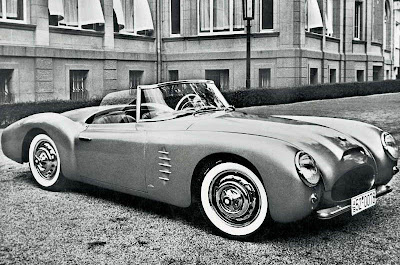 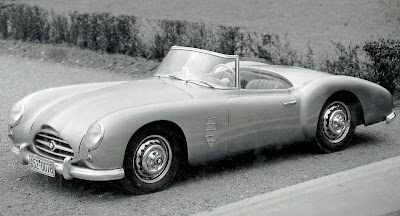 BMW Roadster, 1954
Posted by classic automotives at 2:17 AM 0 comments 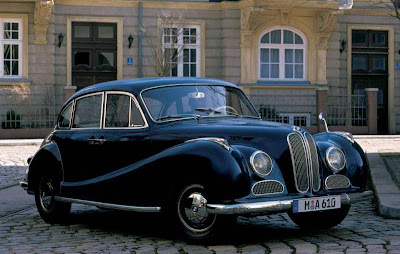 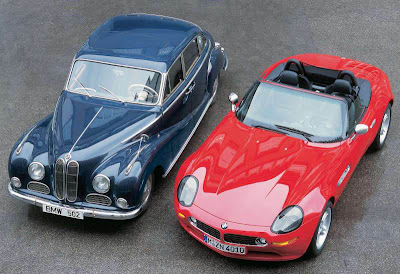 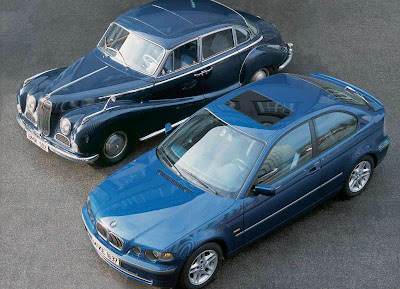 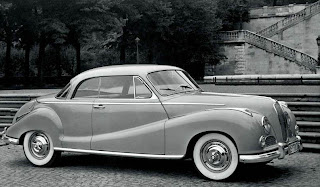 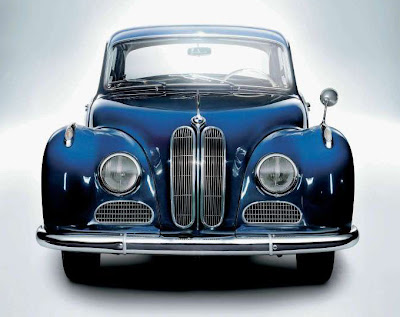 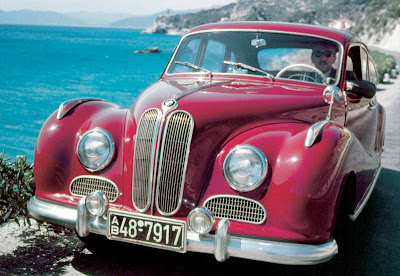 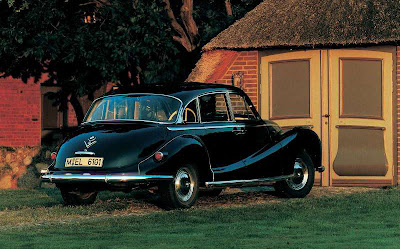 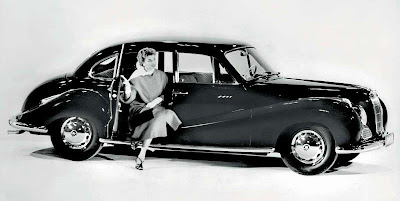 Email ThisBlogThis!Share to TwitterShare to FacebookShare to Pinterest
Labels: 1952, BMW 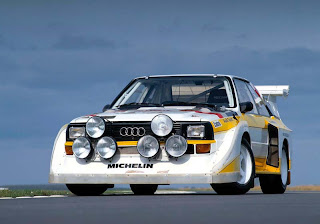 The Audi Sport Quattro S1 was introduced at the end of 1984 as an update to the Audi Sport Quattro. The car featured a inline 5-cylinder engine that displaced 2,110 cc (128.8 cu in) and produced an officialy quoted figure of 350 kW (480 PS/470 bhp). However, the turbocharger utilised a recirculating air system, with the aim of keeping the turbo spinning at high speed, and the actual figure was in excess of 500 bhp (373 kW/507 PS) at 8000 rpm. In addition to the improved power output, an aggressive aerodynamic kit was added that featured very distinctive wings and spoilers to the front and rear of the car to increase downforce. The weight was lightened to just 1,090 kg (2,403 lb), and now accelerate from 0-100 km/h (62 mph) in just 3.1 seconds.

Some of the cars were supplied with a "power-shift gearbox", which is said to be a forerunner of today's Direct-Shift Gearbox (DSG) technology.

The S1 proved to be an immediate success in the rally circuit, helping Walter Röhrl and Christian Geistdörfer win the 1985 San Remo Rally. A modified version of the S1, was also driven by Michèle Mouton. The S1 evolution would become the final Group B car produced by Audi, with the works team withdrawing from the Championship following the 1986 rally in Portugal.

20 years after the cancellation of Group B, the Sport Quattro S1 was still widely regarded as the most powerful rally car ever fielded in international competition, with the final factory machines of 1986 rated at an incredible 441 kW (600 PS/591 bhp).

In addition to Group B competition, the S1 won the 1985 Pikes Peak International Hill Climb with Michèle Mouton in the driving seat, setting a world record time in the process. This victory was repeated in 1987, this time at the hands of Walter Röhrl, and again in 1988 (Michèle Mouton) and 1989 (Bobby Unser), completing a hat-trick.
Posted by classic automotives at 2:08 AM 0 comments