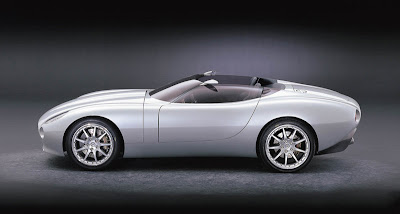 Jaguar reaps awards at the 2000 North American International Auto Show winning several important honors. Jaguar's F-Type Concept was awarded the AutoWeek Editors' Award for Best In Show and the Jaguar S-TYPE was awarded several honors by both African Americans On Wheels and American Woman Motorscene. Mike Dale, president of Jaguar North America, was honored by African Americans On Wheels at their Fourth Annual Urban Wheel Awards for his work on diversity programs within Jaguar.

AutoWeek's editors walked the show floor and conferred on which cars best embody and exemplify four categories - most fun, best concept, most significant, and best in show. The AutoWeek staff unanimously agreed upon the F-Type Concept for the Best In Show category.

The Jaguar F-Type Concept, the most compact Jaguar sports car in more than forty years, presents the company's ideas for a roadster that would take Jaguar into a new segment of the global market. "The F-Type Concept is the sexiest machine on this show floor," commented Kevin Wilson, executive editor of AutoWeek. The F-Type Concept, unveiled at the Detroit show, was created to invoke the public's reaction to the concept of a Jaguar roadster.
Posted by classic automotives at 4:10 AM 0 comments

Email ThisBlogThis!Share to TwitterShare to FacebookShare to Pinterest
Labels: 2000, Jaguar 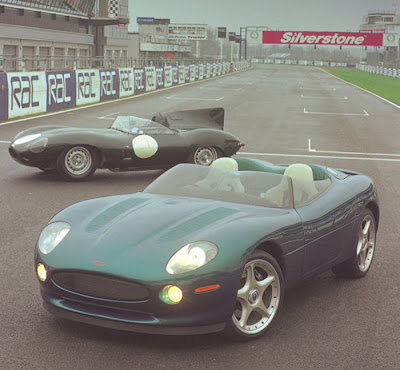 Like the first XK180, this vehicle is a product of Jaguar's Special Vehicle Operations (SVO), hand-built in the SVO shops at Browns Lane in Coventry, England. The second-edition car is better adapted for American driving conditions with left hand drive, and it embodies a number of detail changes, including a new wheel design, a revised shade for the exterior color, a switch in the hue of the interior leather and subtle modifications to feature lines on the lower body section.
Created to celebrate the 50th anniversary of the XK series sports cars, the XK180 design draws inspiration from some of the most successful production and competition cars of Jaguar's history.

The performance standards set at the XK's introduction will be celebrated by the XK180, too. Just as the XK120 proved itself worthy of the numerical designation a half century ago with a 126.448 mph run at Jabbeke, Belgium.

While the building of a second XK180 offered SVO an opportunity to incorporate a number of alterations, the performance attributes are unchanged in this version. The engine is a supercharged and intercooled variant of the AJ-V8, modified to achieve an output of 450 horsepower. The five-speed automatic transmission incorporates a Jaguar-engineered selector system which enables gear changes using pushbuttons located on the steering wheel. A Brembo braking system featuring aluminum four-piston calipers and cross-drilled, ventilated rotors provides commensurate stopping power. The 20-inch diameter wheels are fitted with ultra low profile Pirelli Pzero tires.

To create the XK180, the SVO group disassembled a production XKR (an XK8 with the 370-horsepower supercharged AJ-V8) and shortened the chassis by five inches. The aluminum exterior body panels were formed at Abbey Panels in Coventry, working to drawings by Keith Helfet, a senior designer in the Jaguar Styling Department.
Posted by classic automotives at 4:07 AM 1 comments

Email ThisBlogThis!Share to TwitterShare to FacebookShare to Pinterest
Labels: 1998, Jaguar 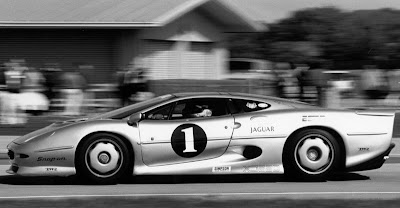 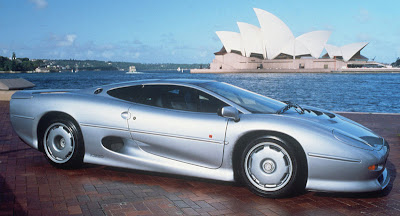 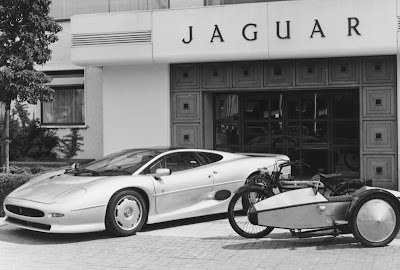 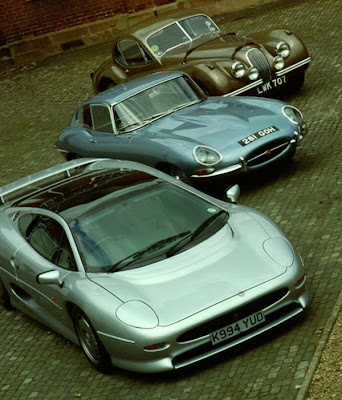 Posted by classic automotives at 4:05 AM 0 comments