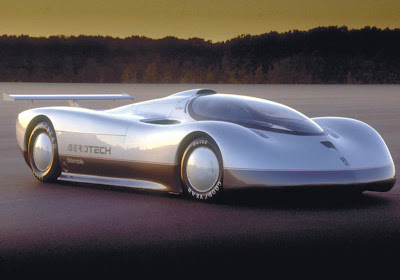 Oldsmobile Aerotech Concept, 1988
Posted by classic automotives at 2:54 AM 0 comments

Email ThisBlogThis!Share to TwitterShare to FacebookShare to Pinterest
Labels: 1988, Oldsmobile 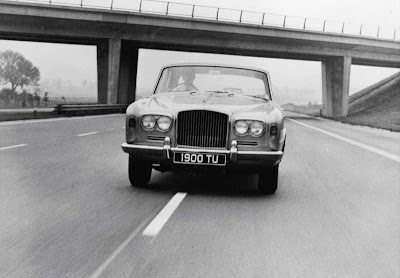 The Bentley T-Series was even more rarely built than the Rolls Royce Silver Shadow. The Bentley being technically an identical twin of the Rolls Royce seems to have been bought mostly by owners wishing a little more understatement. The formerly more sportive image of Bentley motor cars differing from Rolls Royces was gone by the time the Silver Shadow/Bentley T was introduced and thus couldn't motivate buyers any more. The outward appearance of a Bentley T is slightly more dynamic because the bonnet design is a few centimeters lower and the radiator shell shape with its rounded edges is smoother.

Email ThisBlogThis!Share to TwitterShare to FacebookShare to Pinterest
Labels: 1977, Bentley 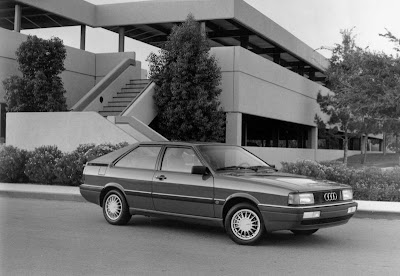 The Audi Coupe GT was a 2-door sports car produced and sold by Audi from 1981 to 1987. The car was an attempt by Audi to offer a more affordable version of its turbocharged, all-wheel drive Quattro. The Coupe GT featured a similar body shape to the Quattro, but without the knife-edged fender flares of the more expensive car. Mechanically, the biggest changes from the Quattro to the GT were the use of a naturally aspirated 5-cylinder engine and a front-wheel drive drivetrain.

The Audi Coupe range was fitted with the quattro All Wheel Drive system from late 1984 to produce the Audi Coupe quattro, a model which was rarer than the Turbocharged Quattro mode.
Posted by classic automotives at 2:49 AM 0 comments

Email ThisBlogThis!Share to TwitterShare to FacebookShare to Pinterest
Labels: 1985, Audi 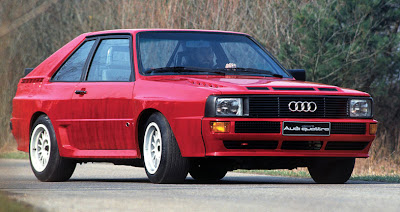 The Audi Sport Quattro was a Quattro programme car developed for homologation for Group B rallying in 1984, and sold as a production car in limited numbers. It featured an all aluminium alloy 2,133 cc (130.2 cu in) (2.1 L) 20v DOHC engine slightly smaller than that of the Audi Quattro (in order to qualify for the 3-litre engine class after the scale factor applied to turbo engines). In road-going form the engine was capable of producing 225 kW (306 PS/302 bhp), with the competition cars initially producing around 331 kW (450 PS/444 bhp).
The vehicle also featured a body shell composed of carbon-kevlar and boasting wider arches, wider wheels (nine inches as compared to the Ur-Quattro's optional eight inch (203 mm) wide wheel rim), the steeper windscreen rake of the Audi 80 (requested by the Audi Sport rally team drivers for improved visibility) and, most noticeably, a 320 mm (12.6 in) shorter wheelbase. This was carried out in order to improve handling potential in the face of newer, smaller competition, such as the Lancia 037 and the Peugeot 205 T16, which had been purpose-built from the start for Group B rules.

A total of 224 cars of this "short version" Sport Quattro were built, and were offered for sale at a heady price of 203,850 German Marks.
Posted by classic automotives at 2:46 AM 0 comments