The Scion tC is a sports compact automobile introduced by Toyota in 2004 as a concept vehicle under its recently introduced Scion brand name. The Scion tC was designed to appeal to the Generation Y market and get them locked into the Toyota brand before any other car manufacturer could have a chance. They hoped to do so by making standard features numerous and optional features extremely easy to add.

The Scion tC uses the chassis of the Avensis which is sold in the European market, and the Camry's 2.4 L 2AZ-FE I4 engine. Its low price (base MSRP of US$16,715 for the 2006 model) is a major feature, as well as the pure pricing marketing style that Toyota has adopted.

The name tC does not fit in with its stablemates the xA and xB because the name xC has already been taken by Volvo for its XC70 and XC90 models. According to Scion, tC stands for "Touring Coupe."

Email ThisBlogThis!Share to TwitterShare to FacebookShare to Pinterest
Labels: 2005, Scion 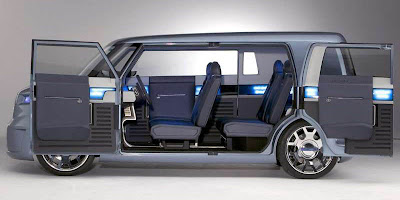 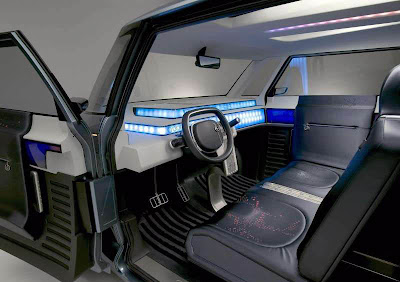 The t2B is a concept car from Scion, designed by Calty Design (Toyota's design studio in California) and built by Five Axis Models in Huntington Beach, California. It debuted at the 2005 New York Auto Show. Its name stands for Tall 2 Box. It appears rather like a mini-van, with 2 rows of bench seats, although the exterior is similar to the xB. On the passenger side there is 1 automatic sliding door. The driver side has doors that open 180 degrees, the rear door being a suicide door. The idea of the t2B is to be a social and entertainment enigma to the occupants.
Posted by classic automotives at 2:26 AM 0 comments

Email ThisBlogThis!Share to TwitterShare to FacebookShare to Pinterest
Labels: 2005, Scion 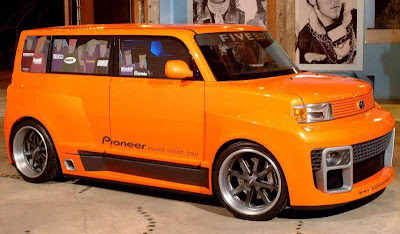 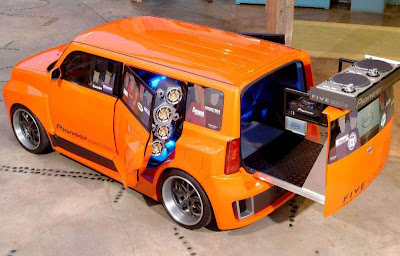 The Scion xB is the American-market name given to the subcompact Toyota bB. It is a small wagon based on the Toyota Yaris platform. The xB was one of two models in the lineup of Toyota's US-exclusive Scion division present at the brand's 2004 launch (the other was the xA, based on the Toyota ist). Both cars feature the 1NZ-FE engine, rated at 108 hp (81 kW) at 6000 rpm and 105 lb-ft of torque at 4200 rpm.

The Toyota bB was an established model in Japan before the Scion xB version was introduced to the US.

The Scion xB's marketing is aimed at Generation Y, Americans born in 1978 or later. This group of car buyers is extremely important to manufacturers due to their large numbers (78 million) and their differing perceptions and demands of the vehicles they drive.

Although Toyota expected the xA to sell better than the xB, the reverse proved to be true, with the xB outselling its brother 2 to 1, possibly due to the xB's distinctive styling, and the xB's unique combination of van-like cargo and passenger space with a very compact size.

Differences between the xB and the bB

Besides the obvious change from right to left-hand drive, the front passenger area has changed significantly. The bB has a front bench seat and a column-mounted shifter for the automatic transmission. The xB, on the other hand, has 2 front bucket seats and a shifter mounted on the floor.