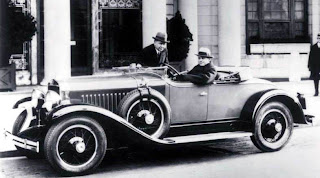 Built by Cadillac to Cadillac standards, the LaSalle soon emerged as trend setting automobile within GM, and Earl was placed in charge of overseeing the design of all GM vehicles.

LaSalles  in a full-range of body styles, including Fisher and Fleetwood built custom body designs. The roadster could also be ordered in two tone color combinations at a time when dark colors like black and navy blue were still the most familiar colors produced by manufacturers. Earl’s design even included a nod to the inspirational Hispano-Suiza with the marque’s circled trademark “LaS” cast into the horizontal tie bar between the front lights.

Read more »
Posted by classic automotives at 1:45 AM 0 comments

Email ThisBlogThis!Share to TwitterShare to FacebookShare to Pinterest
Labels: 1927, Cadillac 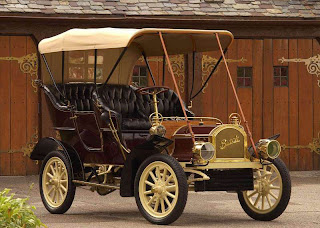 Posted by classic automotives at 1:41 AM 0 comments

Email ThisBlogThis!Share to TwitterShare to FacebookShare to Pinterest
Labels: 1905, Buick


After the end of World War One the situation for BMW - which was founded as an aero engine manufacturer became difficult. The Versailles treaty strongly restricted airplane manufacture in Germany and companies had to look for other fields of business. So BMW turned to truck and boat engine, motorcycle and later car manufacture. When the BMW Dixi line collapsed, BMW took the opportunity and bought the license for the Austin seven as well as the Eisenach factory. For the first months the production of the car continued as BMW 3/15 PS DA1. The BMW 3/15 PS DA1 had many different body shells so it was one of the first customizable cars. The designation was derived from the taxation class (3), engine power (15 hp with PS being the German equivalent of hp) and DA stands for “Deutsche Ausführung” (German version).


Read more »
Posted by classic automotives at 1:26 AM 0 comments

Email ThisBlogThis!Share to TwitterShare to FacebookShare to Pinterest
Labels: 1929, BMW 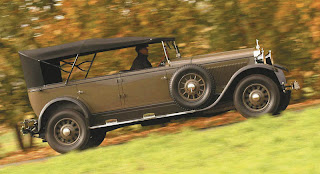 Read more »
Posted by classic automotives at 1:12 AM 0 comments