Email ThisBlogThis!Share to TwitterShare to FacebookShare to Pinterest
Labels: 1956, BMW 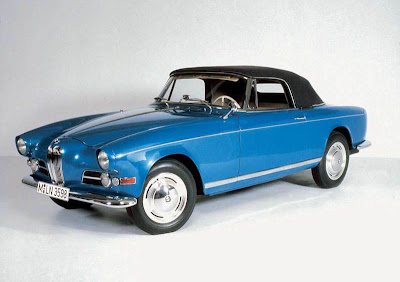 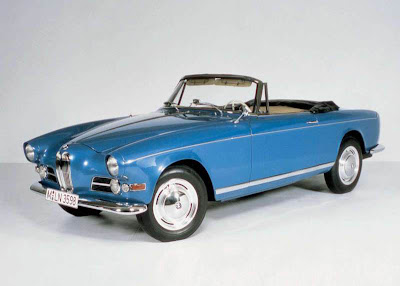 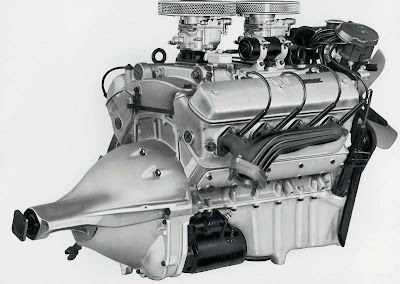 Email ThisBlogThis!Share to TwitterShare to FacebookShare to Pinterest
Labels: 1956, BMW

BMW made the Isetta its own. They redesigned the powerplant around a more reliable BMW one-cylinder, four-stroke, 247 cc motorcycle engine making 13 hp. Although the major elements of the Italian design remained intact, BMW re-engineered much of the car, so much so that none of the parts between a BMW Isetta Moto Coupe and an Iso Isetta are interchangeable. The first BMW Isetta appeared in April, 1955.

BMW Isetta 250
While it retained the "Bubble Window" styling, it differed from the Italian model in that its headlamps were fixed separately to the sides of the bodywork and it carried the BMW badge below the windscreen. The car was also redesigned to take a modified version of the 250 cc 4-stroke engine from the BMW R25/3 motorcycle and the front suspension was changed. The single-cylinder generated 12 hp at 5800 rpm. The crankcase and cylinder were made of cast iron, the cylinder head of aluminium. However, the head was rotated by 180 degrees compared with the motorcycle engine. The twin-bearing crankshaft was also different in the Isetta power unit, being larger and featuring reinforced bearings. One of the reasons for this was the heavy Dynastart unit which combined the dynamo and self-starter. The fuel mixture was provided by a Bing sliding throttle side draft motorcycle carburettor. In addition to further changes of detail, the BMW engineers enlarged the sump for installation in the car and cooled the engine by means of a radial fan and shrouded ducting.

The power train from the four-speed gearbox to the two rear wheels was also unusual: fixed to the gearbox output drive was something called a Hardy disc, which was a cardan joint made of rubber. On the other side of it was a cardan shaft, and finally a second Hardy disc, which in turn was located at the entrance to a chain case. A duplex chain running in an oil bath led finally to a rigid shaft, at each end of which were the two rear wheels. Thanks to this elaborate power transfer, the engine-gearbox unit was both free of tension and well soundproofed in its linkage to the rear axle.

In Germany the Isetta could even be driven with a motorcycle licence. The top speed of the Isetta 250 was rated as 85 km/h.

The first BMW Isetta rolled off the line in April of 1955 and in the next eight months, some 10,000 of the "bubblecars" were produced.

BMW Isetta 300
In October 1956 the Isetta Moto Coupe DeLuxe (sliding-window Isetta) was introduced. The bubble windows were replaced by longer, sliding side windows. The engineers had enlarged the single cylinder to a 72 mm bore and 73 mm stroke, which gave a displacement of exactly 298 cc, and at the same time they raised the compression ratio from 6.8 to 7.0:1. In this way the engine now generated 13 hp (10 kW) at 5200 rpm, and the torque rose to 18.4 N·m at 4600 rpm. The maximum speed remained at 85 km/h, yet there was a marked increase in flexibility, chiefly noticeable on gradients.

In addition to the quest for better performance, there was another reason for the change: it was then still possible to drive the 250 cc Isetta with the old Class IV driving licence. Quite a number of Isettas were lovingly maintained by their owners for years and even decades, precisely because they possessed no other licence. On the other hand, from 1956 onwards, first-time drivers had to pass the test for Class III if they wanted to drive a car. True, the Class IV licence continued to be issued, but it was only valid for small motorcycles.

BMW Isetta 600
The BMW 600 was intended as an enlarged Isetta three-wheeler with more power and a more conventional four-wheel configuration.

The front end of the 600 was virtually unchanged from the Isetta, but the 600's wheelbase was stretched to accommodate four seats. A conventional rear axle was added. BMW introduced the semi-trailing arm independent suspension on the 600. This suspension would be used on almost every new model for the next four decades. Because of extra size and weight, the 600 had a more powerful engine than the Isetta. The 600 had the 582 cc twin engine from the R67 motorcycle. Top speed was 64 mph.

In two years only 34,000 600s were produced, partly due to price competition with the entry-level VW Beetle. In the late 1950s consumers wanted cars that looked like cars, and they had lost interest in economy models. Sales of the 600 were, however, aided by the energy crisis of 1956–1957.

In May 1962 BMW ceased production of the Isetta. A total of 161,728 units had been built
Posted by classic automotives at 4:00 AM 0 comments