Citroen Traction Avant 11B Cabrio, 1938
Click the picture to enlarge >>

The car introduced the use of an arc-welded monocoque frame, where other cars of the era were based on a frame onto which the body ("coachwork") was built. Monocoque construction results in a lighter vehicle, and is now used for virtually all car construction, although body-on-frame construction is still suitable for larger vehicles such as trucks.

The method of construction was viewed with great suspicion in many quarters, with doubts about its strength. A type of crash test was developed, taking the form of driving the car off a cliff, to illustrate its great inherent resilience.

The novel design made the car seem very low-slung relative to its contemporaries — the Traction Avant always possessed a unique look, which went from appearing rakish in 1934 to familiar and somewhat old fashioned by 1955.

Read more »
Posted by classic automotives at 5:21 AM 0 comments

Email ThisBlogThis!Share to TwitterShare to FacebookShare to Pinterest
Labels: 1938, Citroen 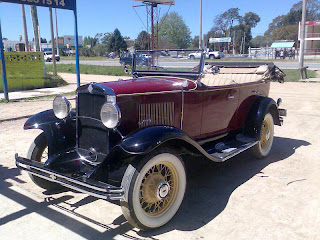 Posted by classic automotives at 5:10 AM 0 comments

Email ThisBlogThis!Share to TwitterShare to FacebookShare to Pinterest
Labels: 1931, Chevrolet 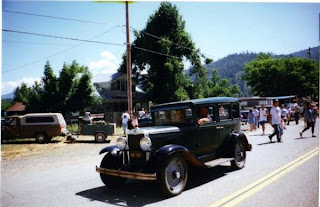 Posted by classic automotives at 5:06 AM 0 comments