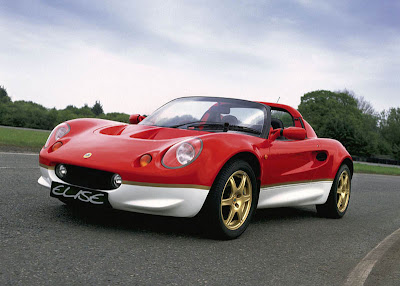 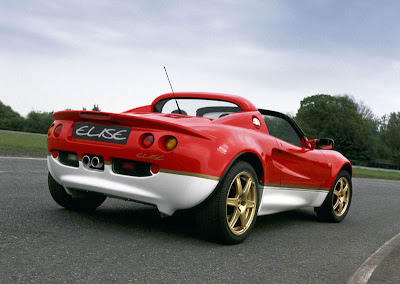 The design philosophy of Lotus is "Performance through light weight", a philosophy first adopted by the founder of Lotus, Colin Chapman. The motto drives Lotus to obtain very high performance with lightweight cars in spite of their relatively modest power outputs, with a strong emphasis on driving purity and dynamics.

The result is a sports car that in production form in 1996 weighed in at just 720 kg (1,587 lb). Compare this to a Porsche Boxster which is also considered to be an extremely lightweight sports car but weighs nearly twice as much: 1,250 kg (2,756 lb).

As a result, the Lotus Elise's acceleration (0-60mph in 5.8 seconds), braking, cornering, and fuel consumption (all of which are improved by reductions in a car's weight) were astonishing for an engine put out a relatively modest 120 bhp (89 kW), compared to the 201 bhp (149 kW) produced by the 1997 Porsche Boxster.

Though high-tech, it represented affordable cost of ownership for sports car lovers on a budget who still wanted performance and looks.

The "standard" higher-performance variants listed below, Lotus also released some limited edition models such as Sport 135 (1998/9) with approx 145 bhp (108 kW), Sport 160 (2000) with 150-160 bhp (112-119 kW) and Sport 190 (190 bhp / 142 kW). These were more competent on track with sports suspension, wheels and tyres, seats according to model. There were other special editions which were basically cosmetic treatments such as the 50th Anniversary Edition (green/gold) celebrating 50 years of Lotus cars, the Type 49 ("Gold Leaf" red and white two-tone), and Type 72 ("JPS" black/gold) to recall their successful Grand Prix car type numbers.
Posted by classic automotives at 6:04 PM 0 comments